What are the most important tools for my work? This time: The good old Happiness Index.

which we need very necessarily. In households, the phase tester is such a tool. No craftsman can do without this rather mundane and cheap, but just very important special screwdriver. No amateur. And certainly no professional.

For me and my work, the Happiness Index is such a tool. It too is quite ordinary and inexpensive. I can’t get along without it.

What is the Happiness Index?

The Happiness Index polls the current satisfaction of team members. People are invited to indicate their level of overall happiness, on a scale ranging from 0 (” beneath the lowest of the lowes level”) to 5 (” can’t get any better”).

I draw a line on a flipchart and indicate the levels one to five. Then the participants draw a line with a flipchart marker where they feel they are at the moment. The whole thing is done either openly, so that everyone can watch while someone draws a line where.

Sometimes, however, the team members prefer that the Happiness Index is handed in hidden, so that it is not visible who makes which stroke where. In this case, I turn the flipchart around so that participants can step behind it one by one and cast their vote. Then I turn the flipchart over and present the result.

(In digital events, I simulate this process on electronic boards by having dots drawn on a line).

Why is the Happiness Index such an important working tool?

It’s quick to implement, easy and fun to use, and most importantly, it’s both low-key and insanely effective. People recognize its benefits very quickly. And: It works on so many important levels at the same time.

It is quite rightly said that “disruption has priority”. And the Happiness Index is a good way to see if there is one or even more disruptions.

Anything greater than/equal to three is not critical. Sure, there is a lot of room for improvement, but overall the team is moving in the green to very green range.

However, if there are one or more indications of less than three, this is a sign that someone in the team is currently dealing with perhaps even several problems that should be solved. Someone may need help from the team.

Then I make the offer to talk about it right away. Because at least some of the team is otherwise not quite on top of things. Or an issue is just growing into a bigger problem. In that case, the team is not performing optimally. And possibly over a longer period of time.

3. Only what is visible…

With the survey of satisfaction, I give team members and participants the opportunity to literally see one of the most important success factors for teams: Happiness and motivation. Only what is visible can be discussed, worked on, managed! In normal business, however, we often lack the possibilities, the framework, the means to address important things in this way in the team. The Happiness Index creates exactly this framework.

However, it is important to keep the question about “Happiness” rather general and not narrow. It is about the CURRENT satisfaction of the individual team members. Because where one is still generally satisfied, it might be unsatisfactory for another. Where one person is satisfied on the basis of professional criteria, the other may be satisfied on the basis of emotional factors. However, all criteria are to be treated however equally.

Often the mere expression of a malfunction is sufficient and helpful. Above all, however, is DECISIVE that the team interchanges. THAT is also motivating momentum for performance teams. 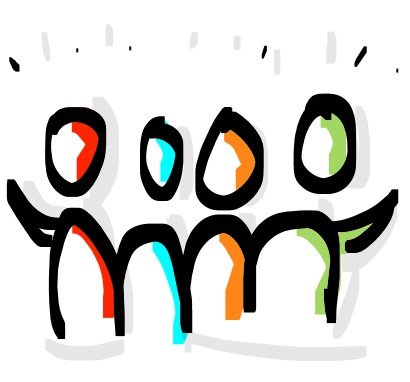 In this way, team members experience that they are not lone warriors, but part of a team in which they can and do help each other. (In this way, they demonstrate self-efficacy, which is one of the most important factors for satisfaction, motivation and, ultimately, team performance.

Apart from that, it is simply a good feeling. It is fun and proud to be part of a group that wants to succeed together and therefore helps each other.

4. Act professionally – this time for real

The goal must be that the team (including management!) meets each other appreciatively and at eye level, even if there are emotional and professional points of contention. The most important success factors for teams include the ability to deal with conflict, solution focus, flexibility, creativity. So the (unfortunately widespread) unhealthy dysfunctional patterns are to be dissolved and replaced.

Instead of blaming each other, a different way of dealing with one another needs to be cultivated and the common goal needs to be focused on. IMPORTANT for this is that it remains with the offer and nobody is urged or forced.

It is to be accepted and respected if someone is just not able to express him- or herself. At the same time, however, it is important to make clear what the consequence of this is: important, critical points and issues of contention can NOT be dealt with then.

Then, my message in team coaching is: There are (sometimes) good reasons not to reveal oneself in a big round and to solve issues in a smaller round. In general, however, keeping personal criticisms behind the scenes is unprofessional and puts a strain on team success (and permanently causes personal dissatisfaction). 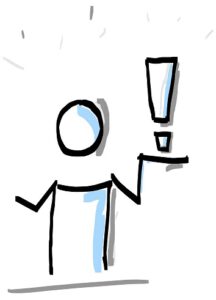 The simple Happiness Index, those few marks on the flip chart, is one of the most important and professional tools in team events that I know of. Carried out in the most important meetings at the beginning and at the end, it puts the team in a position to identify important disturbances, which may be difficult to see, and then to remove them in as concrete a way as possible.

In my experience, one of the most beautiful effects is that teams that work with the Happiness Index over a period of time begin to move from a deficit focus to a solution-oriented practice and language. This is because team members REGULARLY (!) address the question of what is important in general, and whether they have everything they need to work well and satisfied.

Teams thus become more capable of conflict, more focused, more professional. And, what I am particularly pleased about: more creative, friendlier, more satisfied. In other words:

As a result of the Happiness Index, teams become very good.

Who wouldn’t want that?

Drill? Hole? Picture on the wall? The Principle of Jobs To Be Done (JTBD)

How to Practice Agile Working in an Straightforward Way?