This is a good book: “Humankind” by Rutger Bregman

“A better world doesn’t begin with me, but with all of us, and our main task is to build different institutions.”

I just finished Rutger Bregman‘s brilliant book about humans, humankind, the good and the evil, about how we picture ourselves and how we could – and probably should – view ourselves. It is a highly recommended read for everyone interested in positive change. And who is willing to change his mind and worldview.

“Believe in humankind’s sinful nature also provides a tidy explanation for the existence of evil. When confronted with hatred or selfishness, you can tell yourself, ‘Oh, well, that’s just human nature.’ But if you believe that people are essentially good, you have to question why evil exists at all. It implies that engagement and resistance are worthwhile, and it imposes an obligation to act.” 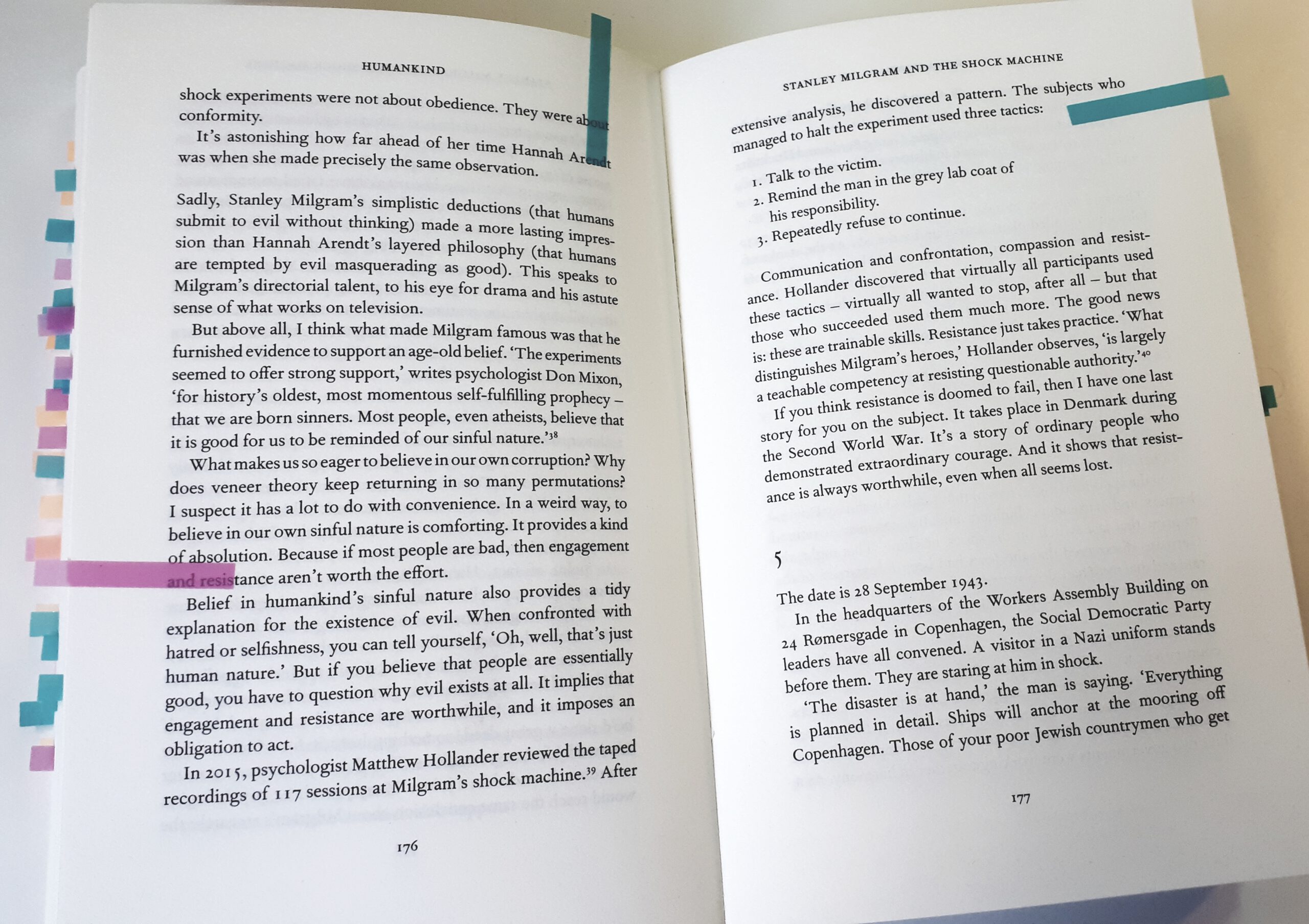 The historian, journalist and activist Rutger Bregman investigates why we have such a bad image of ourselves as human beings. In doing so, he traces a whole series of stories, many of them well-known, that speak of the bad nature of humankind. What is there to the stories? What was the story like? Why do we tell the stories this way and not another way. Why do we believe in them? This is very intriguing and quite illuminating. A real eye-opener. (At least for me)

In the last part of the book you then read in summary, of

The Author’s learnings from writing his book

(Here in short and with a few explaining quotes from the original text.)

1. When in Doubt, Assume the Best

“It’s most realistic to assume the best […]. Usually this is justified, because most people mean well.”

“The wonderful fact is that we live in a world where doing good also feels good.”

“Let citizens have their say, […] let employees direct their own teams […] let kids plot their own learning pathways.”

4. Temper Your Empathy, Train Your Compassion

“Should we all start meditating? […] There’s some scientific evidence that meditation can train our compassion. […] If we exercise to keep our bodies in shape, why not do the same for our minds?”

5. Try to Understand the Other, Even if You Don’t Get Where They’re Coming From

“History teaches that progress often begins with people […] whom others feel to be preachy or even unfriendly. Who raise unpleasent subjects that make you uneasy. Cherish these people, because they’re the key to progress.”

6. Love Your Own as Others Love Their Own

“As humans, we differantiate. We play favourites and care more about our own. That’s nothing to be ashamed of – it makes us human. But we must also understand that those others, those distant strangers, also have families they love. That they are every bit as human as we are.”

“Watching the evening news may leave you feeling more attuned to reality, but the truth is that it skews your view of the world. The news tends to generalise people into groups […]. Worse, the news zooms in on the bad apples. The same is true of social media.”

“There’s also a kind of activism that looks suspiciously like cynicism. This is the do-gooder who’s mostly concerned with their own self-image. To go down this path is to become a rebel who knows best, doling out advice without any genuine regard for others. Bad news is then good news, because bad news proves they were right all along.”

9. Come Out of the Closet: Don’t Be Ashamed to Do Good

“Kindness is catching. And it’s so contagious that it even infects people who merely see it from afar.”

“A realist has become synonymous with the cynic. […] In truth, it’s the cynic who’s out of touch.” 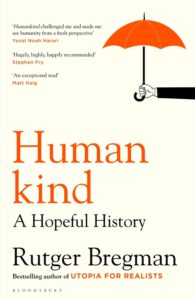 ”Your Page Isn’t Blanc” – How To Deal with Perfectionism

How To Get Better In What You Do: Never Waste a Crisis