“The category also refers to a generally accepted organizing principle of the Bundesrepublik Deutschland and many other nations that see themselves as performance societies. Citizens are encouraged to put maximum effort into their professional lives and to increase individual capabilities with the promise that higher performance pays off: through higher income, higher status, more influence, more power of disposal over scarce and in-demand resources. And in order to dispense these things, performance must be measured.

At least the promise of performance equity is widely accepted, and that in itself is surprising. For regardless of the gap between aspiration and reality or the real influence of origin on social positioning, there is another, much more fundamental problem that could not be overcome even in the best of all worlds.

The hierarchization of people according to their performance cannot be fair at all, because there is no neutral benchmark to determine what counts as individual performance, detached from normative settings.

It is true that the simple physical formula of performance as ‘work per time’ is known from school. But ‘work’ in the physical sense can mean very different things. And is human performance about quantity of an activity or about its quality, about work potential or about the result produced in a concrete situation? ” 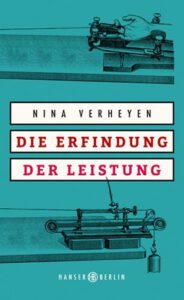 Being Lazy? Or Smart?